Would the Traps from ‘Home Alone’ Work?

Discover more
Home / Would the Traps from ‘Home Alone’ Work? 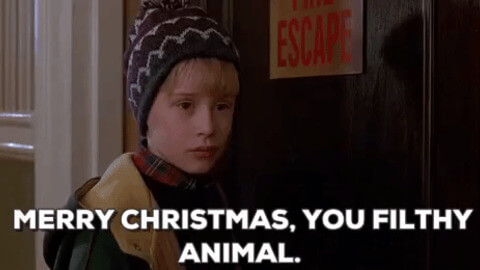 We are big fans of home alone over here at Keytek and have decided to look at the traps that Kevin Macalister sets up for the ‘Wet Bandits’ and whether they would be useful in actually securing your home.
Now in doing some research into the traps Kevin sets up and the real life consequences of using them on real burglars, we definitely would not advise that you employ any of these tactics. However, there is a ton of home security inspiration to be taken from the Home Alone movies. We will go through some of Kevin’s most ingenuous booby traps and advise you on how to secure your home.

Kevin employs the use of his brothers’ pet tarantula to give one of the intruders a fright. Now, spiders are not the most common of pets in the average UK household. But other pets such as dogs can be a good deterrent to a potential burglar. The noise of them barking or moving around the house is an asset, and the use of a ‘beware of the dog’ sign is an extra precaution.

Kevin has the ingenious ideas of smearing the rungs of a ladder with goo, making it impossible for one of the ‘Wet Bandits’ to climb up. We can take two things from this, one; do not leave ladders in a place that they can be used to gain entry. Also you can invest in ‘anti-climb’ paint; this has a thick oily coating that looks glossy when applied. However, it remains slippery and makes it almost impossible for a burglar to climb your wall.

Let the TV do the Talking

‘Merry Christmas ya filthy animal!’ may the most iconic line from a fake movie within a movie. Kevin tricks the ‘Wet Bandits’ by playing a film loud on the television. While this is amusing in the film, the principle is solid. Sounds and lights will deter burglars from breaking in. You can set timers on lamps to come on and off periodically, to give the allusion of a presence in the house. You can even buy a T.V Simulator that flashes different coloured lights, so to someone looking through a window, the television seems to be on.

Kevin uses a couple of techniques to secure the perimeter of his home. He ices the stairs, the ‘Wet Bandits’ slip and fall, so are unable to reach the front door. He also heats up the front door knob to such a temperature that it burns the pattern into one burglars hand; he also throws bricks at them from the roof of the house. We do not suggest ANY of these however; securing your perimeter is a good idea. Your fencing, hedging or walls can attract or deter burglars. Check for weak spots, a rusty lock or unstable fence for example. A thorny hedge around your home can put thieves off, but you will need to make sure that passers by can still see the front of your home, so a burglar won’t go unnoticed. A gravel drive way is a great deterrent, as an intruder will be put off by the noise it makes when walking on it.

Get to know your Neighbours!

Kevin spends the entire movie scared of his ‘creepy’ neighbour Marley and does not go to him for help. But it is he that saves Kevin from the ‘Wet Bandits’ at the end of the film. If Kevin had got to know his neighbour; he could have gone to him for help straight away. It is important to get to know your neighbours as they are the people most likely to notice if something unusual has happened in your house. You can also ask then to keep an eye on your home if you go on holiday, move any post that may be hanging out of your door.

Kevin’s antics are extreme, and of course are done for comic effect, so we definitely don’t recommend you copy him. However a lot of inspiration can be taken from the Home Alone Movies; taking steps to protect your home and belongings is the most effective action you can take against burglaries. So make sure you don’t leave yourself venerable. Visit https://www.keytek.co.uk/security-tips/ to get more advice on how to secure your home.