What is a Tubular Key? When is best to use them?

Discover more
Home / What is a Tubular Key? When is best to use them?

A tubular lock is also known as a radial lock, barrel key, Ace lock or a circle pin tumbler lock where there are a variety of pins (between 4-10), arranged in a circular pattern with the matching key in a tubular or cylindrical shape, which led to being referred to as circular key lock. It became popular in 1933 by the manufacturer Chicago Lock Company, and has since been widely used with commercial products, such as computers, bicycle locks, ATM’s, glass display cabinets in stores, vending machines and elevators. They are ideal for business owners who want to secure their valuables, but also for theft and vandalism prevention, public safety and protection against unauthorised entrance to buildings and machines. Tubular locks are a smaller version of a morticed lock and are very budget friendly, making them ideal for home and door use. The tubular lock uses a basic pin tumbler system but has a few differences, with the shape of the key being circular and open in the centre, with grooves cut into the outsides of the circular shape. 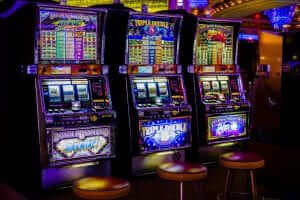 What is their background?

In the 1960’s and 1970’s, tubular locks were recommended as high security locks for apartments and houses. In the 1980s, this was challenged by advancements in lock manufacturers, as well as locksmiths becoming familiar with their certain weaknesses. This led to a decline in the consumer market for tubular locks and keys. However, manufacturers such as Ace, the Van Lock company and Illinois Lock company, continued to manufacture different variations of the tubular lock concept. Today, these are still challenging to lock pickers and burglars, and therefore are used in the gambling industry for slot machines.

High security tubular locks are also commonly found on doors and are most suited for new post-1950’s pre-drilled doors. They are one of the most common types of residential locks in the US and require your door to be drilled and prepared in different ways for installation. They were originally designed in order to prevent high manufacturing costs and labour-intensive preparation needed on doors. Tubular locks have an independent latch and independent deadbolt, so you can identify them though the independent face plate for each of these functions. 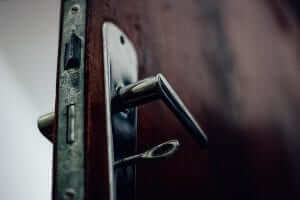 How do they work?

The key is circular and has a ring-shaped hole, with a metal cylinder surrounding it in the middle. The pins are pushed in horizontally to the lock; this compares to the standard pin and tumbler system where key pins are moved vertically. The notch on the key should correspond to fit the similarly shaped hole in the keyway of the door, and these will have to line up to allow insertion of the key. Once the key is fitted into the keyhole, the key pins are depressed to the correct depth.

What is their design?

The design is similar to the pin tumbler lock, the key has notches around each edge, these depress a pin inside the lock to a certain height, allowing the cylinder to turn. The key pins (red) and driver pins (blue) push towards the front of the lock, stopping the plug (yellow) from rotating round. Once the key is fitted correctly into the gaps between the key and driver pins; this will depress the key pins aligning them with the indentations and shear plane, separating the plug from its outer casing (green), and allowing the lock to turn.

They are secure and good for emergencies, with a feature that allows quick access or exit in the case of an emergency. For tubular keys, this emergency mechanism is on the inside of the door, with a longer protective plate. However, they are also good for securing homes and doors, as a separate deadbolt can be added to the lock to secure the door. Tubular deadbolts have a hardened steel pin within the bolt, and this prevents people from drilling down on it. They are also available with a key in knob or lever function with or without an emergency system and can be great for storage areas or mechanical rooms where a deadbolt is not needed. They offer a high level of security and can be purchased for a good price, providing security for your home and doors.

Are All Tubular Lock Keys the Same?

The same key is produced by manufacturers for vending machines of the same model. Their keys are programmed with a unique key code for each model. As a result, if you want to use a single key on all of them, you must install only one version of a tubular lock.

Now that you understand the history and background of the tubular lock, and the basics of using one, you can appreciate why this lock is used widely in different industries. These locks are often considered safer and more resistant to picking than a standard lock, and therefore can be a good option for anyone who requires a higher level of security.