Take a look at our essential guide to Cheltenham here. From living, working and studying to the area crime rates and the best places to eat, it’s all here!

Cheltenham’s Location in the UK

Cheltenham is a spa town located in Gloucestershire on the western side on the borders of the Cotswolds. It takes just over an hour to reach Birmingham by car and around 2 hours 30 to London from Cheltenham. Cheltenham’s location in the UK makes it unique due to being on the outskirts of the Cotswolds, an area of outstanding natural beauty in England’s South-West area. The little beautiful River Chelt runs beneath and through town.

The history of Cheltenham dates back over 1200 years ago when it was discovered it started as an Anglo – Saxon village. In the 18thC the spa waters were discovered and became one of England’s most famous spa towns. It doesn’t stop there though as Cheltenham is the most complete Regency town in Britain with a wonderful mix of traditional and contemporary architecture making this town unique!

What is the Population of Cheltenham?

Cheltenham is an expensive area to buy in with house prices averaging to more than over £100,000. This is due to a few reasons such as being the most complete Regency city in Britain, the famous festivals, and its proximity to the Cotswolds.

The average house price in Cheltenham stands at £399,106 in 2021, which has fallen an overall 0.18% compared to the previous year. The following table shows the average house cost by property type:

The average price for a property to rent in Cheltenham in 2021 is £1,233 per calendar month. The following table shows how much it costs to rent a property in Cheltenham:

If you are a young professional, then have a look at the following table that shows how much it costs to rent by number of bedrooms:

Are you a student in Cheltenham? If so, you are looking at paying around £657pcm to rent a room in a larger house in Cheltenham on average!

Is Cheltenham a Nice Place to Live?

Cheltenham’s house prices reflect the area. As a traditional spa town that is quintessentially English it is a popular place. Nestled on the edge of the Cotswold’s it provides residents with exclusive city life with the option to escape into country life nearby.

In saying that, it was reported that the people in Cheltenham had the lowest happiness levels across Gloucestershire with a rating of 7.2 out of 10 in 2017/18. The highest levels of happiness voted in Gloucestershire were in the Forest of Dean scoring 8 out of 10 which is just a 45 minute drive from Cheltenham.

We are optimistic for these levels to rise accordingly as Cheltenham is dubbed the ‘festival town’. With over 25 festivals a year there is something for everyone. The festivals include the world’s longest running literary festival and the most prestigious horse jumping festival with the grand final ‘the Gold Cup’ taking place in Cheltenham each year.

What is Cheltenham Popular for?

The Cheltenham Festival is very popular and attracts a large number of visitors from all over. The festival, which is billed as “the most renowned and iconic jump racing event of the year,” attracts approximately 250,000 race goers over the course of four days.

The Cheltenham Jazz Festival, with its big-name line-up and over 600 notable speakers from the literary, political, and performing worlds each year, is also a favourite, as is the Cheltenham Literature Festival, which is one of the world’s oldest events of its kind.

According to police.co.uk the crime rate in Cheltenham was higher than average for the Gloucestershire force area just below Gloucester which was the highest for the area. Throughout the year ending in June 2019 Cheltenham did place lower than average of crimes committed across the UK with 72.73 crimes committed per 1,000 residents whereas the UK average stands at 85 crimes per 1,000.

What are the Best Neighbourhoods in Cheltenham?

Pittville is one of the most affluent areas to live in Cheltenham with Regency style housing. It is easy to see why as the area is dominated by Pittville Park which is a grade 2 listed historic park, gardens and lakes. In the park also sits the majestic Pump Room which is a grade 1 historical building. At the time of writing (February 2020) the cheapest property to buy on Zoopla is a 1 bed flat on Prestbury Road for £165,000. On the other end of the spectrum there is an 8 bedroom semi-detached house for sale on Rightmove located on Pittville Lawn for a whopping £2,600,000!

Battledown consists of Victorian and Edwardian properties in a hilly area close to the Cotswold’s. This area is close to lots of schools and nurseries making it a prime location for young families! On Zoopla the current lowest priced property is a 2 bed flat with the asking price of £139,995, the most expensive is a modern 6 bed detached property going for a huge £2,500,000.

Prestbury is further north than Pittville and Battledown, older thatched cottage style houses are found in this pretty little village. The cheapest of the three areas listed as a 1 bed flat is available in Prestbury for £110,000 and the most expensive is just shy of 1 million at £925,000 on Zoopla.

Travelling around and to Cheltenham is very accessible via a number of ways. Getting to Gloucester takes just over 15 minutes by car without traffic and just over an hour to reach Birmingham. To get to London from Cheltenham it is around 2 hours by car and by train.

Where is the Closest Airport to Cheltenham?

Is there a Train Station in Cheltenham?

There are two train stations in Cheltenham; the most central station is Cheltenham Spa which is around a mile away from the town centre. There is a also train station at Cheltenham Racecourse where a steam train runs from through to Broadway which offers stunning views of the Cotswold’s.

There are plenty of buses running around Cheltenham that help beat the town centre traffic and there is also a park & ride option if you are visiting for the day and don’t want to pay car park fees.

There is a good mixture of public and private schools in Cheltenham. There are 35 primary schools, 12 secondary schools and 10 schools or colleges that provide further education for 16-18 year olds.

‘Francis Close Hall’ has been dubbed ‘the Hogwarts’ campus and holds lectures for the students who are studying humanities, social sciences, education and art and design.  ‘Oxstalls’ is the one based in Gloucester and is for students studying sports, leisure, performing arts, health and social and business. ‘Park’ campus is for all those studying media including computing, technology, design, fashion and advertising. Last but not least is the ‘Hardwick’ campus which is a hub of creativity for those studying fine art and photography. Hardwick Gallery is also on-site!

Living and Studying in Cheltenham as a Student

There are many halls of residence to choose from when studying in Cheltenham. There are four villages/ blocks these include: Pittville Student Village, Hardwick Halls, Park Villas and Park Challinor ranging from £126 to £202 a week!

There are three in Gloucester: Oxstalls Halls, Blackfriars and Ermin Hall, all ranging from £137 to £191 per week.

Eating and Drinking in Cheltenham

There are many places to dine and get merry in Cheltenham with places that suit every budget. Known for the festivals, Cheltenham has developed to cater for all tastes and experiences.

These are the top three restaurants in Cheltenham:

Muse Brasserie is mainly a classic French cuisine where you will find French and other European delicious dishes. Other exciting palates are also offered in their menu with some twist from India and the East dishes.

The word “Mahal” means “mansion or palace,” and it’s the right name for a brand-new Indian restaurant in Cheltenham. Glamour, luxury, delectable cuisine, and exceptional service all combine to provide all customers with a great and memorable dining experience.

L’Artisan is a Mediterranean, French and European restaurant that is vegetarian and vegan friendly. It is quite small and cosy for a relaxing night meal. With its 1980 or 1990s decor and French inspired restaurant, it gives you a charming experience you would get in a small town in France.

These are the top 3 most charming pubs in Cheltenham:

Revolution, located in a beautiful former church in the heart of Cheltenham, offers great cocktails, delectable food, and unforgettable party evenings seven days a week. The mezzanine level’s luxury leather seating spaces are dominated by original stained glass windows, while the rear bar booths hidden behind an Italian marble bar are ideal for a night of VIP treatment. There’s something for everyone, from a casual lunch with friends to a one-of-a-kind birthday celebration.

With a genuine sense of theatre design or a breathtaking house party in a mansion style, Cosy Club gives you a fabulous cosy experience. The menu has lots of options and meals throughout the day; however, their brunch menu is extensive. Many drinks are also available with a classic list of cocktails that are not to be missed!

If you fancy a very delicious and tasty burger along with wide selection of cocktails and beers, The Bottle of Sauce should be your destinations. They are highly reviewed for their burgers and lovely atmosphere.

The top three bars in Cheltenham:

The Grape Escape has a vast variety of whites, reds, roses, and bottles of fizz, as well as a weekly selection of over 300 wines, so even the most discerning of drinkers will find something to their liking. The staff is polite and eager to assist you in selecting your evening beverage – and you’ll always get an excellent recommendation.

Hotel du Vin, located in Cheltenham’s Montpellier neighbourhood, is the place to go for a special event. There are plenty of comfortable leather sofas and a calm ambiance, making it ideal for catching up with friends after work or leisurely over the weekend.

Is Cheltenham Good for Shopping?

Cheltenham is the perfect spot for shopping as the Promenade was listed as one of the best shopping streets in the UK! There is a good mix of chain retail shops and unique independent sellers meaning you could spend all day roaming the goods on offer in the Regency buildings.

Ellenborough Park is a top rated spectacular English country house with a luxurious spa, great dining, and gorgeous grounds set in the Cotswold countryside. Cheltenham town centre is a 10-minute drive from the accommodation. An Indian themed spa is also featured with mood showers and a bar. If your stay is mainly for relaxation, this hotel should be on top of your list with a sauna and a hydrotherapy pool available for all guests.

Located in one of the best locations in Cheltenham based on customer reviews, No 38 The Park is the second highly rated luxurious accommodation with a relaxing lounge and continental breakfast each morning provided. With 24 hour reception desk and an express check in and out service, the hotel is very convenient for all types of travel purposes.

With any Hilton hotel you can expect high standards and a clean room. This Hilton hotel is located in a Georgian manor house that overlooks the landscaped gardens, lake and golf course. Prices for a double room start from £90 including breakfast, also found on Booking.com!

Is Cheltenham Worth Visiting?

If the above hasn’t convinced you to take the take a look below at the top 10 things to do in Cheltenham!

Top 10 Things to do in Cheltenham

These are the top rated things to do in Cheltenham according to TripAdvisor. 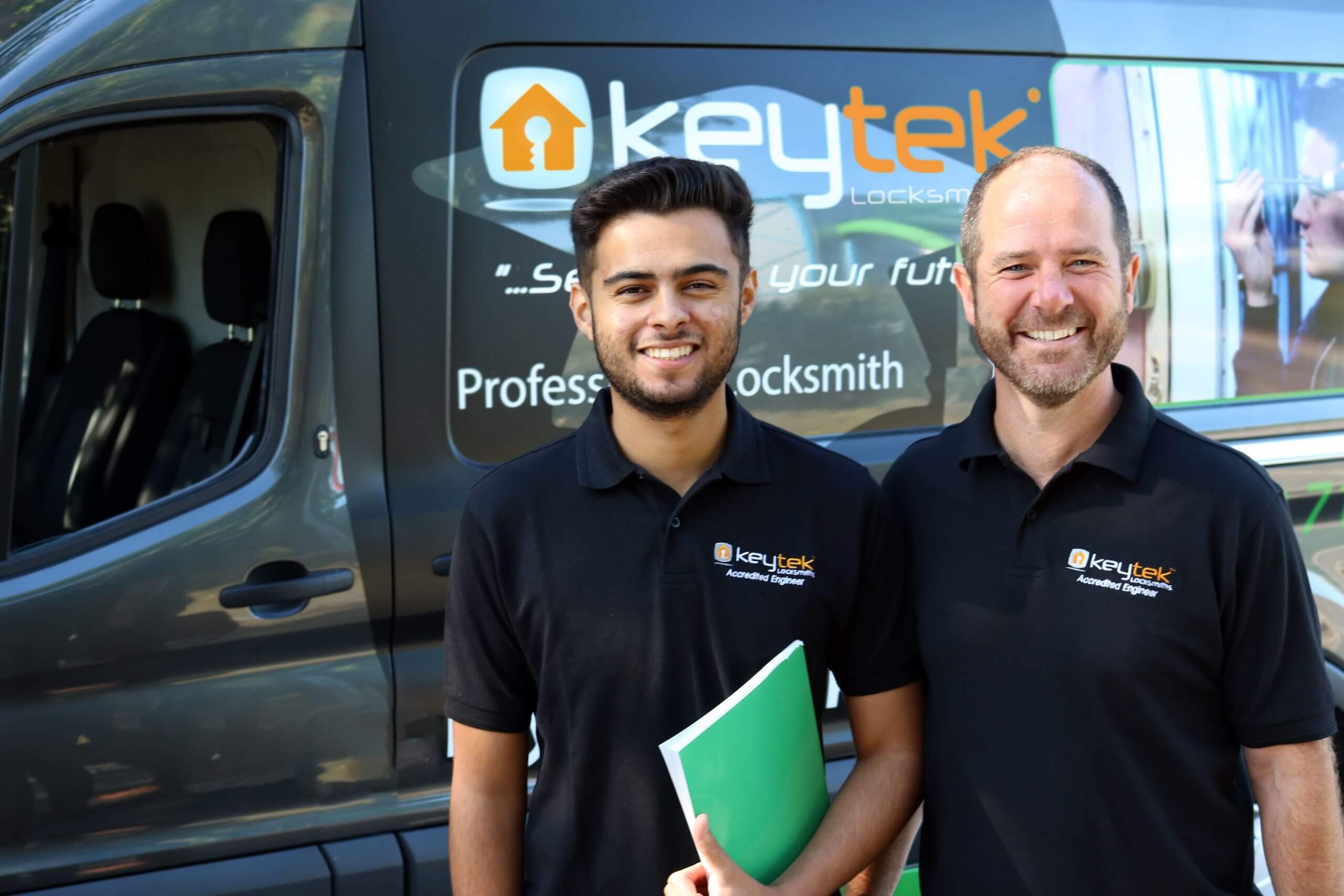 Need a Locksmith in Cheltenham?

View our Keytek® Locksmiths Cheltenham page to find your local Locksmith today or call us on 01242 508773!