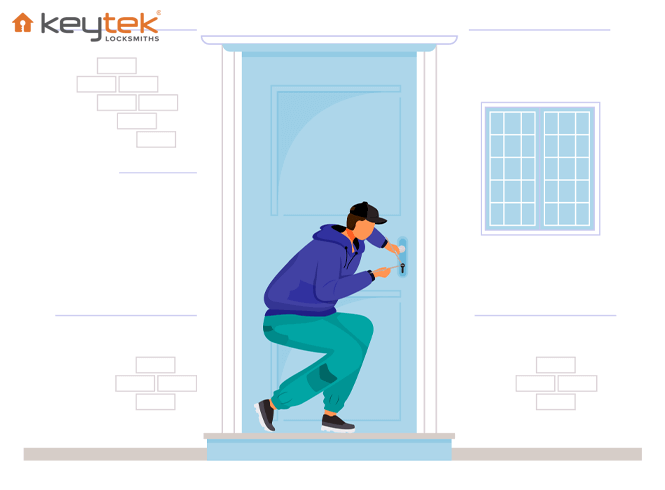 What is Lock Snapping?

Lock snapping is a method, which is being used more and more by burglars, that renders a euro lock useless. Burglars use this technique of breaking or ‘snapping’ the cylinder of a lock to gain access to the inner mechanism, this then allows them to tamper with the inner mechanism and gain entry to your home. Since the number of properties in the UK with a euro lock has grown, so has the ‘lock snapping’ method of burglary.

Why is Lock Snapping Used?

It’s not common knowledge that the cylinder is the most vulnerable part of your lock. This is because when tempered with or broken, your multipoint lock can become useless. The problem with lock snapping is that it doesn’t take much skill and even the most inexperienced burglar can do it. All it takes is a pair of plyers and the right amount of force on a certain point of your lock and the mechanism is exposed. 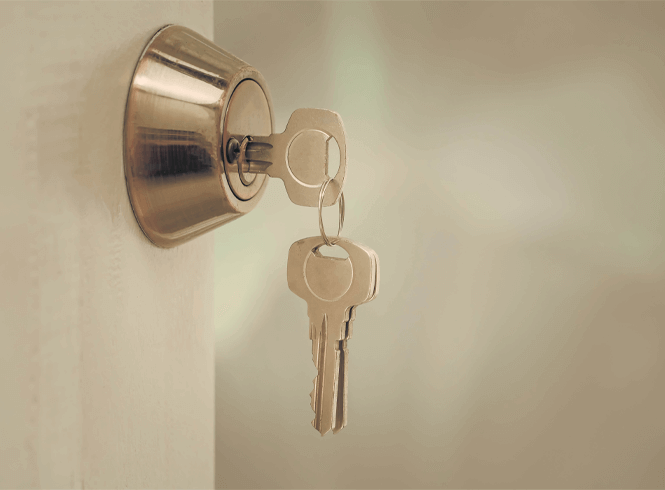 How Do I Protect My Home Against Locks Snapping?

One way to protect you home against lock snapping is to install an ‘Anti-Snap’ lock. So, what are anti snap locks? These locks have been designed specifically to stop these kinds of break-ins from happening. Manufacturers have designed these locks to snap in a certain place when under attack, by breaking in this designated place, the mechanism cannot be exposed. This model can stop a burglar entering your home through lock snapping, but you will need to replace the lock once it’s been snapped.

There are many different types of Anti-Snap locks on the market, so below we will take you through the main contenders, so you can learn what you need to consider when buying an Anti-Snap lock.

A lock will only bare the ‘British Standard’ kite mark, once it has met the standards of manufacturing set by the BSI (British Standard Institute). It’s not uncommon that most insurance companies will specify that you must only use British Standard Locks to comply with their guidelines. The British Standard Kite mark is widely regarded as a sign of high quality and reliability, any lock that bares this mark can be trusted to be secure.

If you are thinking of using an anti-snap lock then the British Standard is the ‘TS007:2012’. A TS007 will protect your locks from various methods of attack such as: drilling, picking, and bumping in addition to lock snapping. An anti-snap lock baring the British Standard kite mark can protect you from these types of attack. It is advisable, however, to keep yourself updated on other ways to protect your home, it’s best not to rely on just one form of protection. It’s true that every TS007 is high quality, but there are 3 levels of security within it. We recommend looking into what makes a lock 3 star rated and the differences between 1 star and 3 star, before choosing a lock for your home.

For security hardware to receive a two star rating the protection offered by the hardware to the cylinder is tested in the manner equivalent to the PAS 24 test. In addition, where possible, the hardware’ durability and corrosion resistance are tested in accordance with the European handle standard EN 1906:2010.

For a cylinder to receive three stars, it must meet the requirements of the one star cylinder and also withstand an attack similar to the PAS 24 cylinder test without the benefit of any protective hardware. The 3 star TS007 British Standard is an anti snap, anti bump compliant!

Find out even more about British Standard here.

Another trust signal you can look out for, which guarantees the secureness of a lock is the ‘sold secure’ sign. This means the lock has been tested and vetted by Sold Secure, a testing a certification house.

SS312 Diamond Standard was started in 2010 and is in a state of constant growth and development. The checks and test are updated constantly to make sure the locks can withstand new and more sophisticated attacks. One of these tests is the resistance to lock snapping, which it passes.

There’s no doubting that you’ve heard of Yale locks, they are the biggest name in the lock industry and have been around for hundreds of years. With this amount of experience and years of producing reliable locks, you can trust that their locks are of a high quality. Yale state on their website;

“Whereas previously Yale AS Series cylinders were approved by Sold Secure SS312 Diamond Standard, we have moved away from this standard and focused all our development activities on the latest British Kitemark standard TS007. Homeowners throughout the UK recognize the Kitemark logo as a symbol of product quality and performance. Yale KM, AS and AS Platinum Series cylinders are all approved to TS007.”

This means that if your insurance requires a British Standard Kitemark and it’s something you put your trust in, then a Yale Lock might be the one for you. Yale euro cylinders are insurance approved and have anti-snap, anti-bump, and kitemarked features to provide additional protection.

If you are looking for another well-known brand to go with, then you should look at ERA. They have been designing and producing high quality locks for over 175 years. They are known for innovation and pushing the industry into new ideas. They specialise in window and door security and have started focusing on smart home solutions.

The ERA doesn’t rely on the Sold Standard or British Standard to grade their locks, or give them a quality rating. They have their own test centre that is approved by UKAS. This means they are approved to independently vet locks to a ‘gold standard’ of PAS 24:2012.

What makes the ERA locks different to other anti-snap locks is that whereas traditionally other anti-snaps locks are designed to snap in a certain place with being tampered with, the ERA locks are designed to not break at all. The purpose of this is to give the euro lock a ‘fighting chance’ against intruders, the benefit of this is that even if there is an attempted break in using lock snapping, you won’t have to replace your lock.

Established over 40 years ago, Mul-T-Lock has been developing and manufacturing high security locking products for commercial, industrial, and residential applications.

Their contribution to the anti-snap market is the Mul-t-lock Integrator Break Secure XP+. It’s the first cylinder on the market to achieve a three-star Kitemark accreditation without the need for a high security handle. The Mul-t-lock Integrator Break Secure XP+ comes with a reinforced bar that advances the cylinders protection and resistance to lock snapping. It also features 2 grip deflectors, which makes it difficult for any tool to actually get a grip on the cylinder in the first place. It is also impossible to copy the keys, unless you have the code, so you don’t have to worry about people copying them. All Mul-T-Lock products comply with the highest international standards, such as; UL, CEN, VDS, SKG, CPC, A2P and ISO 9001/2000, ISO14001, SI 18001.

So, when it comes to choosing an anti-snap lock, you need to look at the standards the euro cylinders adhere to. Whether it be British Standard or Sold Secure Diamond Standard, you need to check what standard your insurance provider requires you to have. For more information on lock types, click here.