What to do if someone breaks into your house

It is very unlikely that you will be confronted by a burglar breaking in to your home, as most break in’s happen when a house is empty. However it is always best to be prepared for the worst case scenario.

Your Plan A should always be to escape, in most cases a burglar will want to be in and out as quick as possible, and will have the most easy exit route in mind. Information from ‘Safe’ says ‘burglars will have a clear exit to the rear of the property through the back door before heading upstairs to check the bedrooms’ so if you can try to avoid this route out of the house.  It should be the last resort to confront a burglar; this can invoke a violent reaction. Nothing they are taking is worth your life.

Plan B would be to use any alarm system you might have, especially if you have one with a panic button, if you don’t have an alarm system like that then try the alarm button on your keys. Anything that is loud and will bring attention to your house will spook a burglar, hopefully enough for them to leave.

Hide. Grab your mobile phone if you can and get somewhere safe, the best place to be is somewhere you can either lock the door or barricade yourself in. Call 999 as soon as you can and explain that someone has broken into your home. It will be difficult but try to be calm and explain what is happening in short and concise words. However if you feel that speaking or making a noise would endanger your life or give away why you are hiding then you can stay silent and press 55 (silent solutions) and this will alert the police that you need help but cannot make a noise. Keep the line open so they can hear what’s happening and sit tight and wait for the police.

However you could be in the situation where the other plans fail, so you arrive at plan D. You come face to face with the burglar. Easier said than done but it’s very important that you stay calm, the calmer you stay the calmer the burglar will be. Don’t shout or scream, keep your voice as normal as possible. Don’t make any sudden movements or move towards the burglar, hold your hands up and be compliant; tell them that you are cooperating and they can take whatever they want, nothing you own is worth your life. Whether or not the persons face is covered it’s advised that you don’t make eye contact with the burglar, it could be interpreted as a sign of aggression and the burglar might feel like you would be able to identify them afterwards.

But it may be the case that all that fails and you are forced to defend yourself against a burglar. You do not have to wait to be attacked, if you are in your home and in fear for your life or the lives of others, by law, you do not have to be attacked before using defensive force. However there is a general rule that you only use force as necessary or ‘reasonable force’.  You can use ‘weapons’ which include the things around you; keys, furniture or anything you can use to protect yourself. However its best to remove yourself from the situation as soon as possible and call the emergency services as soon as you feel safe too. 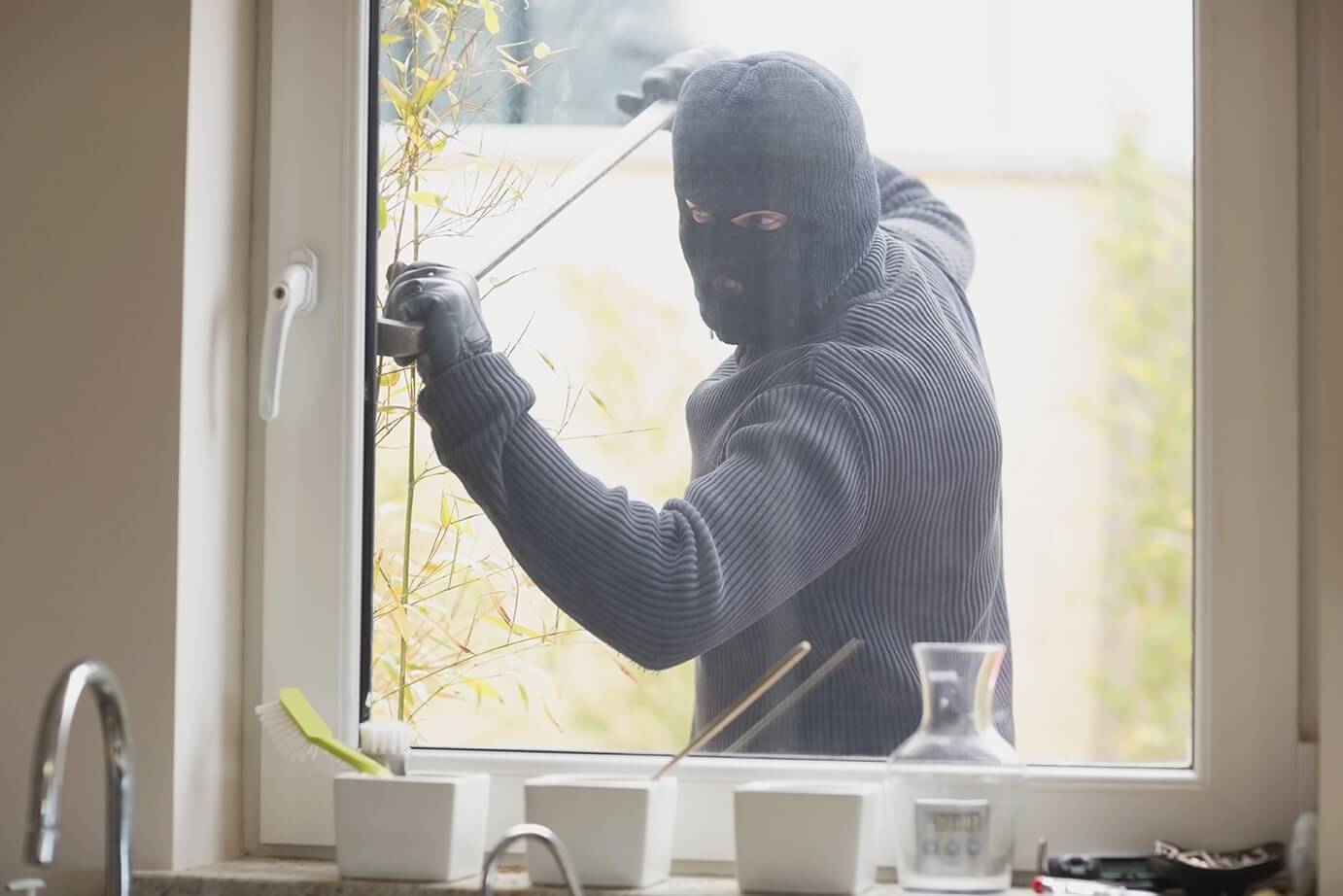 What would happen if you attack an intruder?

Within the law anyone can use reasonable force to protect themselves or other in the event of a crime being committed. The law will protect you as long as you were doing something you believed to be necessary, even if this involves a weapon.  However this will change if you chase after the intruder, if they are running away then you are not acting in self-defence. However you are still lawfully allowed to use reasonable force to carry out a citizen’s arrest. The CPS (Crown Prosecution Service) considers a rugby tackle or a single blow to be reasonable force to detain someone.

The police have an obligation to investigate any death or injury, so any attack will have to be looked into. But the investigation is likely to be short and sympathetic to the person whose house has been broken in to. If there are clear facts or the injuries were not very serious the investigation will be concluded quickly.

What to do after a break in

First things first you need to call the police, if you are sure the burglar is out of the house then call 101, but if you are in doubt then call 999 from a safe place. It is important that you don’t touch or move anything, as the police forensic team will need to look for fingerprints or footprints. The police should arrive within a few hours if the situation is non urgent, they will take a statement from you or anyone else that may have seen anything suspicious. You will then be issued a crime number, this is important as its essential to have one when making an insurance claim.

One the police have left your property then you should call a locksmith, if any doors or windows are damaged, or if you need emergency boarding up services. Keytek® have local locksmiths available 24/7 so we can help you out whenever. 28% of people will get burgled for a second time at the same address, so it is important that your house is secure. Burglars will often target the same house again because of ease and familiarity. They might think they have been successful once, so they can be successful again, so it is imperative that you engage a fully accredited, trustworthy locksmith to make your home secure again. For more info on What to do after a break in visit our Burglary Page 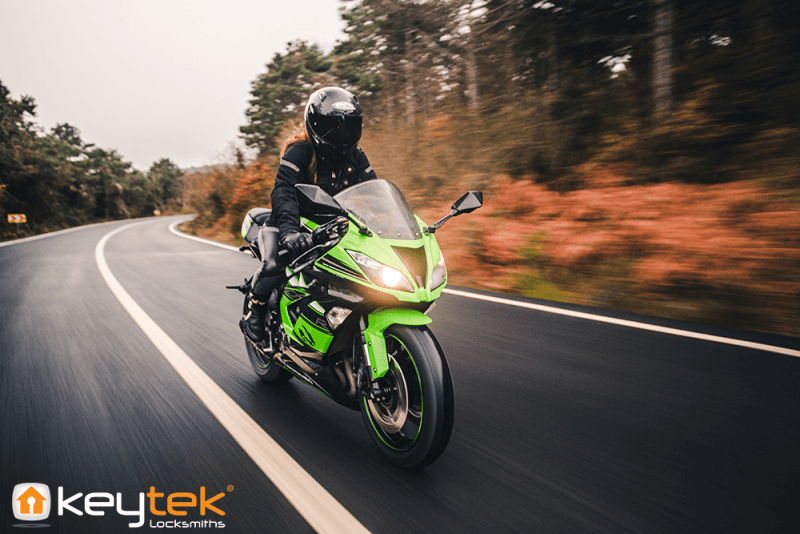 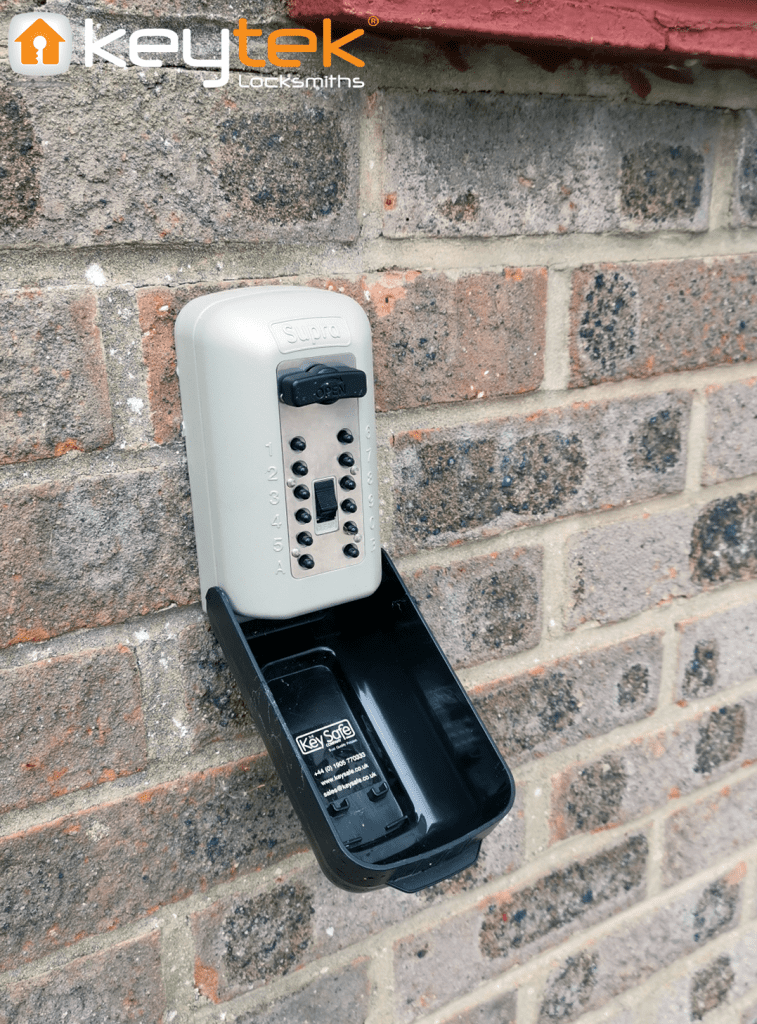 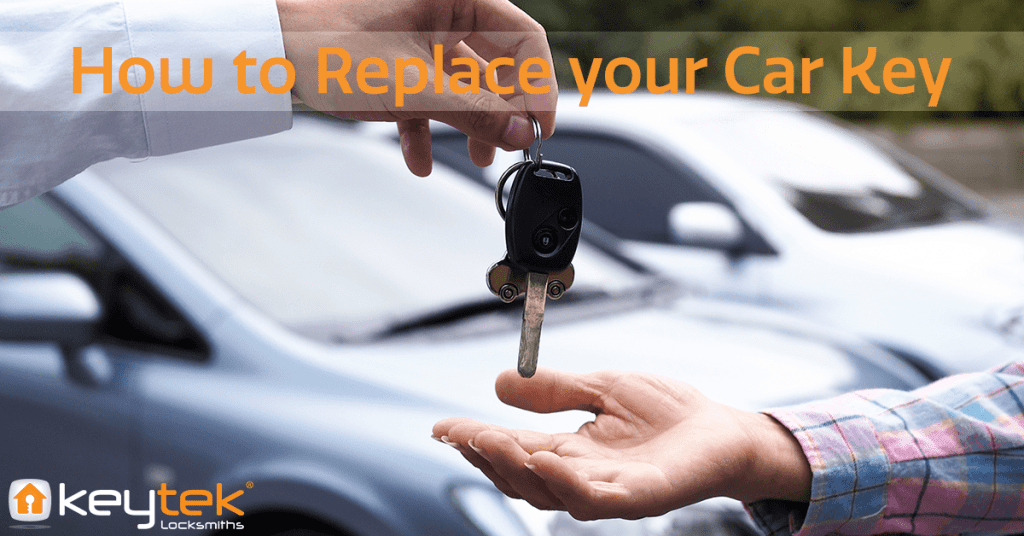 How Do You Replace a Car Key? Read More

What is a Tubular Key? When is best to use them? Read More 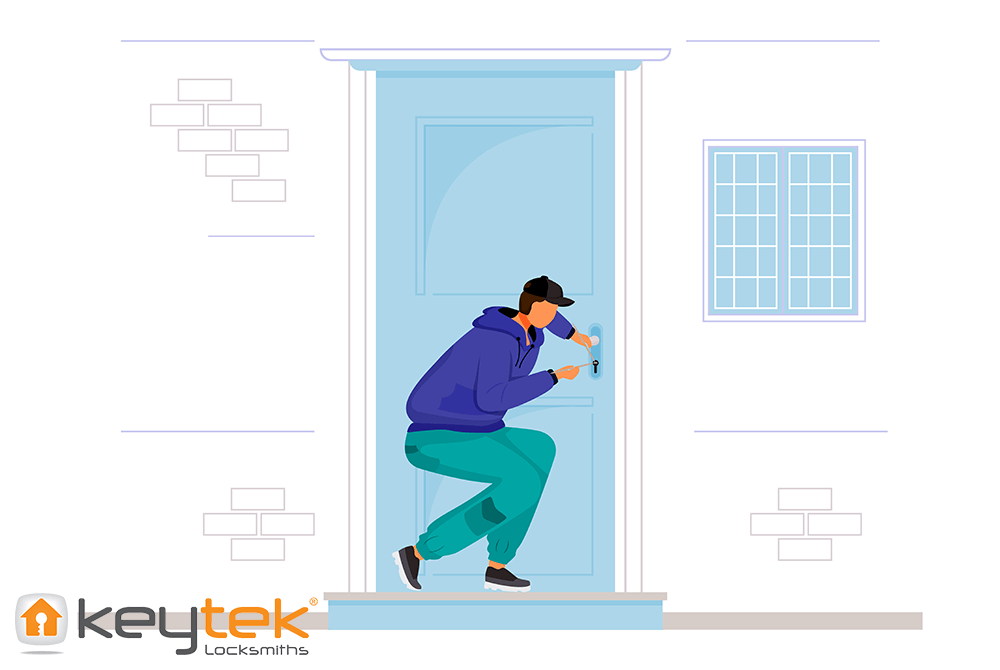